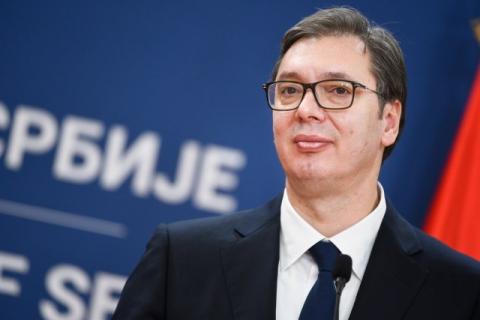 After the session, President of Serbia and the leader of the SNS, Aleksandar Vui, will address the citizens.
Last night, the media stated that the session chaired by the party leader and President of Serbia Aleksandar Vui will discuss the situation in Kosovo and Metohija after the parliamentary elections, and in that context, the visit of the special envoy for the dialogue between Belgrade and Pristina, Miroslav Lajcak, who should arrive in Serbia next week, will also be considered.
Also, as it is stated, the situation in Bosnia-Herzegovina, i.e. the Republika Srpska, will be discussed, and it is expected that the SNS leadership will consider the upcoming local elections in Kosjeri, Preevo and Zajear.