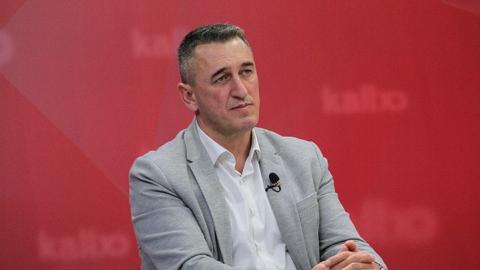 Kosovo Serb politician Nenad Rasic, the head of Progressive Democratic Party, told BIRN on Tuesday after the arrest of eight people in connection with the attack on his son Nikola that he believes the assault was politically motivated.

"This was not a fight between adolescents but an attempted murder," Rasic said of the attack on Monday outside a school in the village of Lapnaselo.

Nenad Rasic said that he believes he is paying the price for being a vocal critic of the Belgrade-backed Kosovo Serb party Srpska Lista.

"Look, I accepted paying the price for the ideology that I have, but really never expected that my son, or our children, should also pay that same price," he said.

Rasic, a former labour minister, had told BIRN before parliamentary elections in Kosovo on February 14 that he believes Kosovo's security institutions are not capable of ensuring conditions for a secure vote in Serb-majority municipalities and outlined what he claimed were intimidation tactics employed by Srpska Lista.

He said the attack on his son involved around 30 assailants, some of whom used brass knuckles and hammers.

He added that his son has been released from hospital but will need to see a dentist.

"I should be thankful that there were no greater consequences than this," he said.

Srpska Lista, which won all the seats in the Kosovo parliament set aside for Serbs in elections on February 14, denied any involvement in the incident.

"For the sake of the truth and for those who want to cause unrest among Serbs in Kosovo and Metohija, we want to inform the public that Nikola Rasic was injured in a fight that was agreed and organised between two groups, and Nikola Rasic was a member of one of those groups," Srpska Lista said...