Kosovo Election Dispute is No Excuse for Anti-Roma Racism 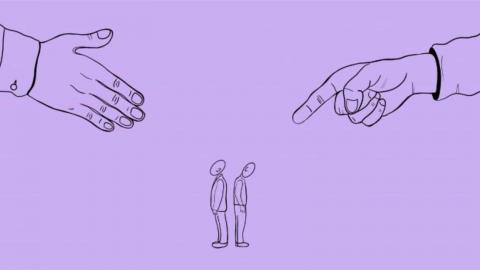 Our communities have always been kept in degrading conditions and excluded from society, partly in order to make sure that poor non-Roma did not rebel against their lot in life. Even now, in many villages the 'best' Roma is the guy who still works for the locals, morning to evening, for whatever they will give him - "the best Roma in the village".

The rest, who do not want to work for the ethnic majority, are "bad Roma" and seen as rebellious and/or traitors. In these situations, non-compliant Roma are not regarded as good people, and can even be considered as criminals - you are no good for the purpose you are supposed to serve and therefore must be eradicated.

It is scary to see that in today's society there are still such opinions, and that it takes only an irresponsible media report or statement from a public official to bring to life the worst in people within a blink of an eye.

Lately, we are once again witnessing a wave of discriminatory expressions against Roma on social media provoked by the results of this month's parliamentary elections in Kosovo, and allegations that the winning Roma representatives entered into a clandestine arrangement with the Belgrade-backed Kosovo Serb party Srpska Lista to give it more power in the Kosovo Assembly.

"We'll see at the Assembly if they are connected with Srpska Lista and if they are they better go to Serbia as they have no place here," one commenter wrote. Others were more direct: "Never trust a gypsy."

A few days before the parliamentary elections, I wrote that for people from across Kosovo's ethnic non-majority communities, the seats in the Assembly that are set aside for their representatives are seen as 'pseudo-democracy', which serve only as political decoration and provide no...