Turkey continues to increase its presence in Africa: FM 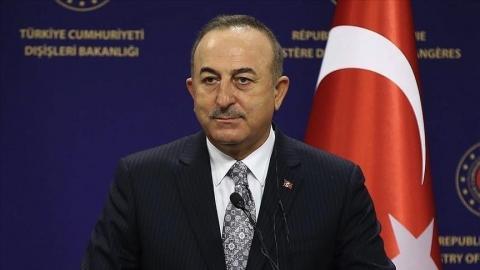 Given the rise in the number of Ankara's diplomatic missions across Africa, Turkey's foreign minister said on Feb. 22 his country's presence in the continent continues to increase.

"The African continent with its 33 Least Developed Countries [LDCs] is in need of solid leadership and support from its developed partners for economic growth, social progress, woman and youth empowerment," said Mevlüt Çavuşoğlu

Speaking at the Africa Regional Review Meeting for the 5th UN Conference of the Least Developed Countries (LDC5), the Turkish foreign minister said there is still much to be done for helping the least developed countries especially at a time when the world is facing additional challenges due to the COVID-19 pandemic.

"A decade ago with the Istanbul Programme of Action, we put forward an ambitious vision for LDCs. Since then, the LDCs have achieved progress in bringing the people out of poverty. However, only three countries have graduated from the LDCs category in the last decade," he said.

The foreign minister added that Turkey, as the co-chair of the Group of Friends of the LDCs, will continue to do its best to help them reach their objectives on economic growth, social progress, woman and youth empowerment.

"The number of our diplomatic representations rose from 12 in 2002 to 42 today, and we will soon open embassies in Togo and Guinea-Bissau," Çavuşoğlu said.

He mentioned the works of the Turkish Maarif Foundation and the Turkish Cooperation and Coordination Agency (TIKA) in the continent, adding that Turkey is also expanding its official development assistance under the Addis Ababa Action Agenda commitments.