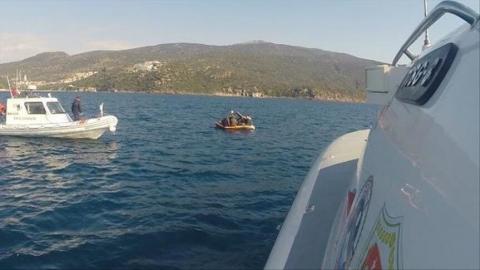 The Turkish Coast Guard Command announced on Feb. 22 that it rescued a total of 98 irregular migrants in the Aegean Sea who were pushed back by the Greek Coast Guard into Turkish territorial waters.

The command said on its website that coast guard teams were dispatched to the area to rescue 53 migrants between Feb. 19-21 off Dikili district in Izmir province from a lifeboat and rubber boat.

In a separate operation, the coast guard rescued 45 irregular migrants in Kusadasi province after being alerted that a group was stranded on rocks.

The migrants were left on two life rafts by Greek forces and pushed back into Turkish territorial waters.

All of the migrants were referred to the provincial migration office.