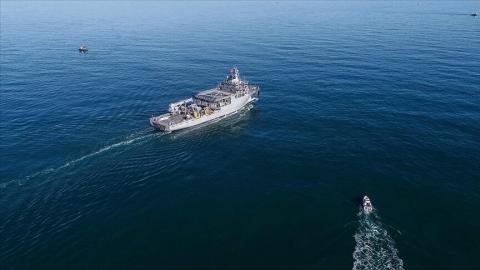 Greek fighter jets have harassed a Turkish research ship in the international waters of the Aegean Sea, and the provocation was reciprocated accordingly, the Turkish defense minister announced on Feb. 23.

"It was one of the frequently conducted harassments by our Greek friends. Necessary retaliation was given in accordance with the rules," Defense Minister Hulusi Akar was quoted as saying by state-run Anadolu Agency.

The Anadolu Agency reported that four Greek F-16 fighter jets harassed the TCG Çeşme, a research ship carrying out seismic studies in the international waters of the Aegean Sea.

Akar did not specify how Turkey retaliated the move but underlined "What we will do and our stance [concerning this harassment] are certain. There is no question about it."

"We altogether see that harassing a ship conducting technical and scientific studies does not fit with good neighborhood. We are always in favor of international law and dialogue," he said.

Bulgaria’s Health Minister: We Aim at 70 Percent Vaccinated by June
Muslims demand the building of a Mosque in Thessaloniki
Inside the Athens Masonic Lodge! (14+1 photos)
CNN Turk reports a Greek radar system will have ‘eyes’ 15km inside Turkish territory
Olympiacos to meet Arsenal in the final 16 of the Europa League