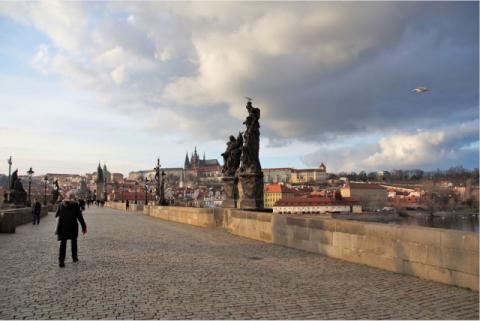 Faced with the prospect of a "complete catastrophe in the hospitals," the Czech Republic has announced a significantly tighter lockdown in an attempt to bring Covid-19 cases under control.

Details about the new measures are expected during the course of Wednesday, after Prime Minister Andrej Babis discusses the proposals with members of the opposition, as well as business and labour groups.

"If there are no new contacts, then there cannot be any infections," he said without providing any further details. "This virus is really a killer and young people are among those dying."

The country is battling a surge in cases linked to the British variant of the coronavirus, as well as a solitary case of the South African variant discovered in a group of three people returning from Africa, he said.

The country's current lockdown restrictions are set to be lifted on Monday. Babis said he hopes to get an extension. But it's unclear if his minority government can find the support for doing so.

Babis ruled out opening up the country's schools any time soon, but did allow the option of performing regular tests at businesses.

On Wednesday, the Health Ministry reported 15,672 new cases within the last 24 hours. More than 6,800 people are currently in hospital with the virus, 1,300 on intensive care stations.

Since the start of the pandemic, there have been 1.1 million confirmed cases in the country and 19,682 deaths, out of a population of about 10.7 million.