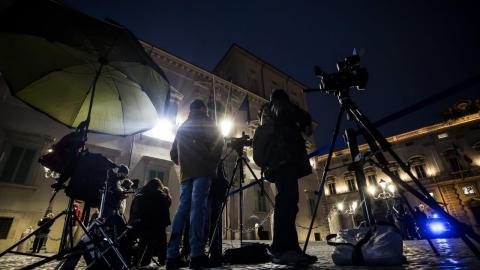 State regulation of the media should be limited, with self-regulation strengthened and prioritized, journalists and media experts from the region told the third and final online public debate on online media regulation held by BIRN on Wednesday.

The panelists agreed that the government should not have mechanisms to interfere in the media content but should provide regulations to ensure a better environment for journalists to work in.

Authorities should also strengthen the rule of law in terms of copyright and censorship of hate speech, pornography, and ethical violations, they said.

Flutura Kusari, legal advisor at the European Centre for Press and Media Freedom, said Kosovo has a good self-regulatory non-governmental body, the Press Council, which consists of around 30 local media representatives, all holding one another accountable.

However, self-regulation is limited due to the lack of rule of law all over the region, Kusari explained.

Geri Emiri, editor at the Albanian media outlet Amfora, explained that most of the media in Albania have self-regulatory mechanisms whereby anyone can complain of abuses.

"It is not enough if the will to self-regulate, after a complaint by a citizen, does not exist," Emiri said, explaining the difficulties media in Albania face from the government trying to create legal methods that he said lead to "censorship".

Emiri was referring to legislation proposed by Socialist Prime Minister Edi Rama as an ...