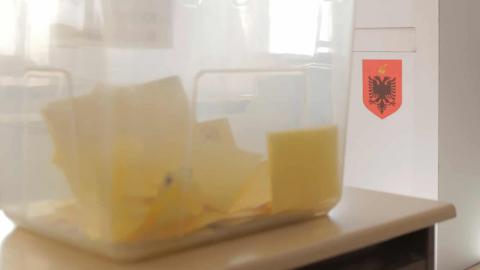 With the deadline to set up a register of diaspora voters about to expire next week, Albania has missed its chance to ensure around 1.2 million Albanians living abroad can vote in the next general election, which is due in April.

Changes to the electoral code approved in July last year as part of a wider agreement between the parties foresaw giving Albanians living abroad the right to vote in elections without having to travel back home.

But delays in the adoption of various bylaws and the failure to create a registers of voters in the diaspora mean this is unlikely to be realized.

The final deadline by law to create the diaspora register expires on March 5.

"Regarding voting from abroad, unfortunately the process continues to be still without a concrete result," he said, adding that in theory there is still a chance for another 3,400 Albanians living outside Albania - and who have registered with a government portal declaring their permanent residence - to vote.

Under the electoral code, Albanians registered as permanent resident outside the country have a right to vote in parliamentary elections.

The criterion is registration of permanent residence in the National Registry of Civil Status and to request external voting documentation from the Central Election Commission.

According the Institute of Statistics in 2020, about 1.68 million Albanians live abroad, about 37 per cent of Albanians in total.

Of that 1.68 million, around 1.2 million could have the right to vote.

Around 3.6 million registered voters in the country will choose the 140-seat parliament on April 25.<...