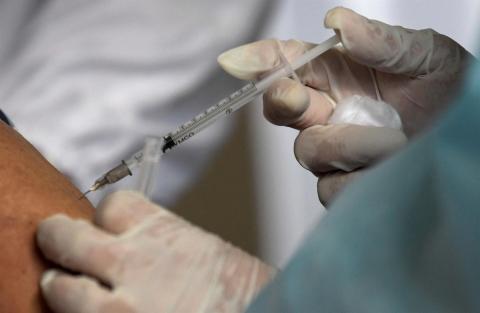 EU leaders meet on Feb. 25 under pressure to speed up Europe's coronavirus vaccine rollout, and divided over border closures and what introducing vaccine travel certificates could mean.

The video summit for the leaders of the 27-nation bloc comes a year into the COVID-19 crisis, as most of the EU is experiencing a second wave of cases - or a third wave for some - that stubbornly won't diminish.

And the member states now face outbreaks of more contagious variants from Britain and South Africa.

Brussels has warned six governments, including Germany's, about unilateral border restrictions, while tourist-dependent countries are piling on the pressure to lift travel barriers in time for summer vacations.

After a sluggish start to the EU vaccination rollout - largely because the EU's plan was dependent on the vaccine from drugs giant AstraZeneca, which under-delivered - European capitals hope supplies will surge from April as Pfizer/BioNTech and Moderna ramp up production.

A one-shot vaccine by Johnson & Johnson could also be approved by mid-March.

European Commission chief Ursula von der Leyen told the German regional daily Augsburger Allgemeine that, despite the friction with AstraZeneca, "vaccine manufacturers are our partners in this pandemic".

Her goal is to have 70 percent of adults in the European Union vaccinated by mid-September.

Just four percent of the bloc's 450 million people have received at least one jab, according to an AFP tally of official figures - and only two percent have been fully vaccinated with two jabs.

But thoughts are already turning to vaccine certificates.

Several EU officials and diplomats warned on Feb. 24 that, while they back a verifiable vaccination record, it is...