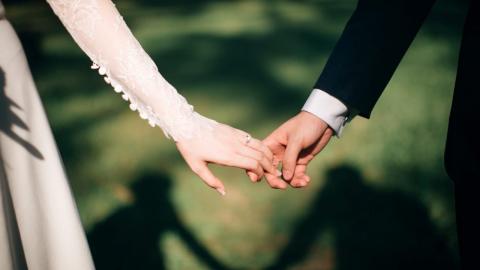 According to official figures from Southeast and Central European statistical agencies, the number of marriages dropped significantly in 2020 during the pandemic, presumably because of social distancing measures and strict bans on public gatherings in many countries.

Less immediately clear is why the number of people getting divorced in the region has also fallen markedly, as divorce is not a social event.

A significant slowdown in marriages and divorces has also been seen in other countries in the region.

In tiny Montenegro, which is home to only 600,000 people, the number of marriages crashed during the pandemic by almost 50 per cent according to the Montenegrin Statistic Office. Last year there were 940 marriages in the country, well down from the 1,961 in 2019, it said.

According to the Montenegrin Statistic Office, the number of divorces did not change during the pandemic, however; 248 couples were divorced during both years.

According to Croatia's Bureau of Statistics, provisional data for 2020 show that the health crisis had a significant impact on people's willingness to wed. From March to May 2020, there were 71.4 per cent fewer marriages than in the same period of 2019, it said.

Data for all 12 months show that the total number of...