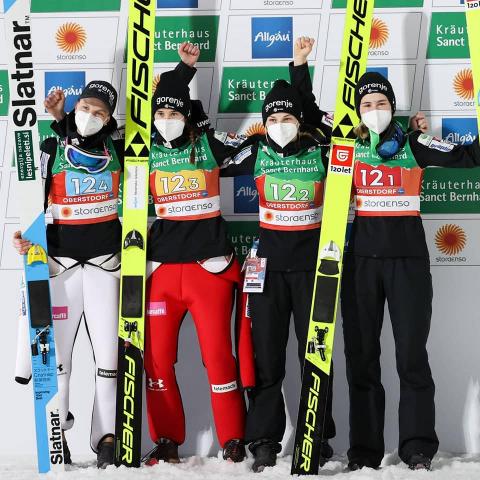 Following the first three jumps, the Slovenian team was 12 points ahead of Austria, but the battle between Marita Kramer and Klinec ended to the benefit of Kramer.

The Austrian team garnered a total of 959.3 points, followed by Slovenia’s with 957.9 and Norway in third place with 942.1 points.

Križnar did excellently, landing a 106-metre jump in the finals, but just like Rogelj regretted missing gold by a notch.

“I won’t lie, there is some bitterness because we missed it by a notch. We know we are able to jump to the top podium. But silver is not bad either,” Križnar told public broadcaster TV Slovenija.

Rogelj said she was proud of her performance, saying “I did my share as we had planned”, but admitted she would be happier if they had won gold.

Some bitterness also came from the fact that their chief coach Zoran Zupančič tested positive for coronavirus and was sent into self-isolation, so there was initially some uncertainty as to whether they would be allowed to compete at all.

Safilo workers to get higher severance, bonuses as plant shuts down