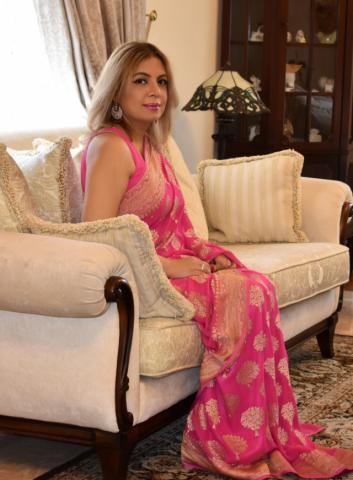 Indian Ambassador Pooja Kapur in a special interview with Novinite.com

H.E. Ms. Pooja Kapur is Ambassador of India to the Republic of Bulgaria and the Republic of North Macedonia. She joined the Indian Foreign Service in 1996 and has previously served at Indian Embassies/ High Commissions in Paris, London, Kuala Lumpur and Brussels. Ms. Kapur has held charges pertaining to India's relationship with Western Europe, South East Asia, the United Nations and the Commonwealth at the Ministry of External Affairs in New Delhi, most recently heading the ASEAN Multilateral Division.
Ambassador Kapur is a published author and a frequent speaker at international conferences and events. She was the Chief Coordinator of the Delhi Dialogue for three years.
Ms. Kapur was a Chevening scholar at the University of Oxford and has a Masters in Public Administration from the Ecole Nationale d'Administration in Paris, along with a  B.A. (Honours) and M.A. in Political Science from the University of Delhi. She is a university topper and recipient of several academic scholarships and awards.
Your Excellency, you have been based in Bulgaria since 2017 and will complete your tenure at the end of February. Would you tell us a little more about the India - Bulgaria bilateral relations?

Ambassador Kapur: India and Bulgaria are time tested friends. While the official relationship dates back to 1954, our people-to-people contacts go back to ancient times. The relationship transitioned smoothly with Bulgaria's democratic transition. Political dialogue has been sustained by close contacts between our leaders in the past and has been reinvigorated in the last three years through exchange of a...