Vučić on COVID passports: "We will introduce passports for the EU citizens" VIDEO 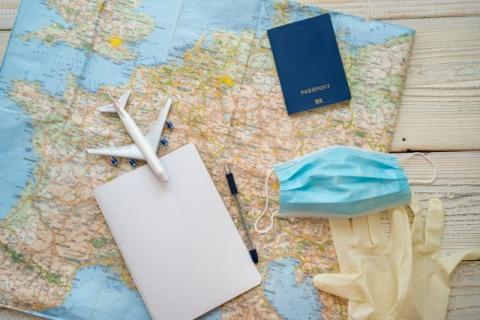 "I am shocked by these COVID passports that Europe is introducing, but that will be the rule for us as well. I am shocked by the idea of European leaders, because it is something that negate the greatest European value - freedom of movement and freedom of choice," he said.
Vui said that because of that, a problem will arise because the younger ones will want to be vaccinated because of travel, and because of that, older citizens will not be able to be vaccinated. He added that he considers it a completely meaningless, shameful and anti-European decision, if it is made.
"I know that Macron was against it, as well as Merkel in the beginning, but obviously the pressure was huge. We will be vaccinated, they do not have vaccines. Then we will introduce passports to them, so they will not be able to come to us", he said.
He added that he had not been vaccinated, and that there would be texts every day about him being vaccinated before the others, so he made the decision that he would be vaccinated when there were a million revaccinated people in Serbia. "I can get the vaccine, but I don't want, who are you to restrict my movement?" he said.
"Everyone in the Presidency was vaccinated collectively, I don't think there is anyone who has not been vaccinated. Most of them chose Chinese, then Russian, then Pfizer," he said, adding that Prime Minister Ana Brnabic had felt certain difficulties upon receiving the vaccine. "She had a fever for a few days," he said.
He stated that 600 diplomats will be vaccinated in Serbia, and added that Serbia is the fifth in the world in terms of the number of vaccinated, and the first in Europe in terms of revaccination.

Break off relations with so-called Kosovo