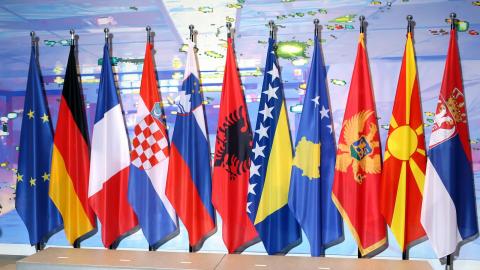 Only five years later, the whole world was struck by a coronavirus pandemic - and countries were desperately struggling to secure vaccines for their populations.

Unfortunately, the EU did not understand the vaccine race and opted for a "no urgency" attitude. The UK, on the other hand, put a venture capitalist specializing in biosciences in charge of its vaccine program.

The situation in Western Balkans was even worse, "caught in a vaccine no man's land", as some have put it, and fighting to secure Russian and Chinese jabs through diplomatic relations.

The EU's general lagging in the vaccine race and the apparent failure of COVAX program lead to the conclusion that diplomacy was of paramount importance in the whole situation.

Multilateral initiatives, but also bilateral negotiations, would have benefited from sound scientific advice and brokerage, which could have resulted in a much more efficient handling of the problem. That is where science diplomacy enters the picture.

In a nutshell, science diplomacy is the "use of scientific interactions among nations to address the common problems facing humanity and to build constructive, knowledge-based international partnerships", as Britain's Royal Society defined it in 2010.

In practice, science diplomacy does not only promote and enable international scientific cooperation but also strengthens a country's image in global arena, besides helping countries to solve issues that they wouldn't be able to resolve on their own.

America and France have taken the lead