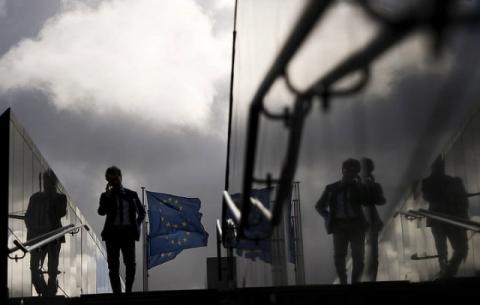 Ambassadors of 27 European Union nations have agreed further anti-Russian sanctions over the situation around Russian blogger Alexey Navalny, a source in one of the delegations told TASS on Monday.

"Permanent representatives imposed sanctions as part of the human rights sanctions regime against individuals responsible for verdict to Alexey Navalny," the source said, adding that this decision will soon be endorsed by the European Council and will come into force after being published in the Official Journal.

A political decision on further sanctions against Russia was agreed at a EU ministerial meeting on February 22. EU foreign policy chief Josep Borrell said back then the sanctions, imposed under the human rights sanctions regime for the first time, would target those who, according to the European Union, were responsible for Navalny's sentence.

According to Reuters, among those falling under the sanctions would be chief of Russia's Investigative Committee Alexander Bastrykin, chief of the Federal Penitentiary Service Alexander Kalashnikov, Prosecutor General Igor Krasnov and Chief of the National Guard Viktor Zolotov. They will be denied entry to the EU for a term of one year and will be banned to keep their money in EU banks.

Navalny, who received suspended sentences for...

Turkey wants Russia-Ukraine tension to end peacefully: Minister
Russia: US warships should stay away from Crimea for “their own good”