First of March Is World Cat Day, Don’t Forget to Treat Your Pet! 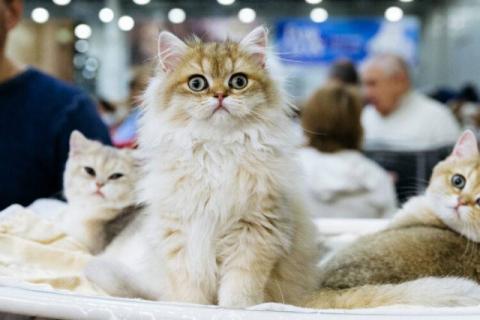 The magical month of March gives us not only the spring but wonderful holidays. On the first day of spring cat in the world needs to say a friendly "meow!", since March 1 is world cat day, which means that their fans!

And we love cats millions. Really, it's hard to find a man who is fluffy "search core" is indifferent. For centuries we never tire of admiring these amazing animals, their grace, freedom, strong character and a soft purr, and cats live side by side with humans for 5,000 years, since, as was first tamed wild cat. Since ancient times, cats helped people to keep a home, to defeat the annoying rodents to deal with stress - and, of course, constantly bring good luck!

It is estimated now the world is inhabited by 400-600 million cats, and a large part of them settled in the United States. By the way, in our country to seriously engage in breeding began in the 1980s, even then, the world was surprised by the diversity of cat breeds, what to say about the present when the number of species exceeded one hundred, and the color variation has no limit. Today it is simply impossible not to find a favorite of your liking!

By the way, this holiday is approved by the Moscow Museum of cats in 2004 with the support of the United Nations.