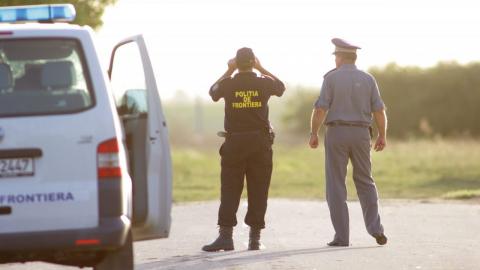 Romanian authorities on Monday announced the dismantling of a crime gang made up of Romanian and Indian citizens that specialized in trafficking Indian migrants into Western Europe via Hungary, Austria and Germany.

The gang was reportedly constituted between December 2019 and March 2020 by an Indian national.

It trafficked dozens of migrants into Central and Western Europe who arrived in Romania with legal work visas directly from India or after clandestinely transiting Turkey, Bulgaria and Serbia.

Once in Romania, the migrants were moved to the western part of the country, from where they were smuggled into Hungary, hidden in vehicles.

The criminal network had links in several countries which acted in coordination and had developed an "organised payment system", Romania's Directorate for Investigating Organised Crime and Terrorism, DIICOT, said in a statement.

Each of the migrants paid the smugglers between 3,000 and 6,000 euros, depending on their country of destination.

Romanian authorities documented four separate attempts by the gang to illegally smuggle a total of 30 Indian migrants into Hungary.

"Some of them were detected on the Romanian-Hungarian border, hiding in cargo transports in conditions that could have put their lives in danger," the DIICOT statement read.

Seven people have been arrested in the operation, which included raids on eight locations in the counties of Alba, Hunedoara and Bacau in central, western and northeast Romania.

According to the Romanian General Inspectorate for Immigration, law enforcement agencies identified more than 3,500 foreigners staying illegally in Romania during 2020, which was 11.6 per cent more than in the previous year.