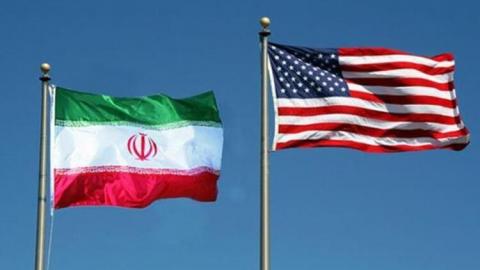 The Biden administration said on Feb. 28 it remains open to talks with Iran over the 2015 nuclear deal despite Tehran's rejection of an EU invitation to join a meeting with the U.S. and the other original participants in the agreement.

A senior administration official said the U.S. was "disappointed" in the rejection but was flexible as to the timing and format of the talks and saw Iran's decision to snub the European invitation as part of the diplomatic process. The official said the U.S. would be consulting with the other participants, Britain, China, France, Germany, Russia and the European Union, on the way forward.

The official was not authorized to discuss the matter by name and spoke on condition of anonymity.

Earlier on Feb. 28, Iran turned down the offer for talks saying the "time isn't ripe" for the meeting, at which the U.S. would have participated as an observer. Iran had been insisting that the U.S. lift or ease sanctions imposed on it by the Trump administration under its "maximum pressure campaign" before sitting down with the United States.

President Joe Biden has said repeatedly that the U.S. would return to the deal that his predecessor, Donald Trump, withdrew from in 2018 only after Iran restores its full compliance with the accord.

"Remember: Trump failed to meet because of his ill-advised 'Max Failure,'" he said. "With sanctions in place, same still applies. Censuring is NOT diplomacy. It doesn't work with Iran."

The Biden administration announced earlier this...