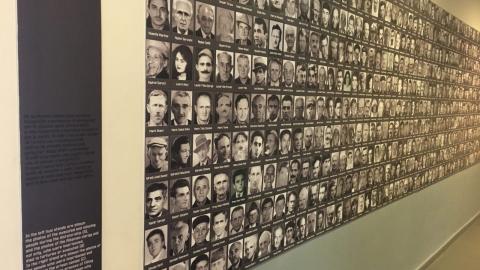 The International Commission on Missing Persons, ICMP said in a report published on Tuesday that Albanian prosecutors are still not issuing orders to exhume suspected mass grave sites where people who went missing during the Communist era could be buried.

The Albanian government agreed with the ICMP to start the search in 2018, after eight years of negotiations.

The ICMP and Albania's Institute for Integration of Politically Persecuted Persons then submitted their first request to excavate two known mass gravesites from the Communist era in Dajti and Ballsh in September 2018.

"To date, orders for excavation of the sites have not been issued," says the ICMP's new report.

"Prosecutors' offices have not issued orders for excavation, citing a lack of financial resources to cover costs that would arise from engaging technical experts of the Institute of Legal Medicine [of Albania]," it adds.

The same concerns about slow progress in launching excavations at the two mass grave sites were raised at a conference in Tirana in 2019.

The ICMP has pledged to help Albania investigate and identify the remains of over 6,000 Albanians who were killed or disappeared under the authoritarian Communist of dictator Enver Hoxha in the country between 1944 and 1991.

"According to official data, 5,501 persons convicted for political reasons were executed during this period. Their bodies were never returned to their families," the ICMP's report says.

"Official data also indicates that an additional 987 political prisoners died from various causes in prisons and detention centres in Albania. The whereabouts of their mortal remains is unknown to the surviving relatives," it adds.