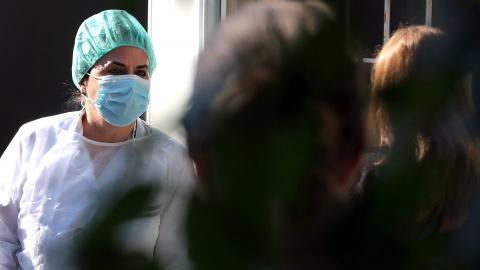 At the time, media reports indicated that another 200,000 doses of the Russian vaccine would arrive by the end of the month, alongside 200,000 to 250,000 doses of the AstraZeneca vaccine and some 23,000 doses of Pfizer, which would be distributed across Bosnia.

Almost immediately, it became clear that almost none of this was true. Only a fraction of the supplementary Russian doses arrived by March 1, while the promised British and American vaccines were missing entirely - and it was also unclear when, or if, that would change.

Suddenly, all levels of government were coordinating, making joint appeals, and offering a dizzying array of conflicting explanations for why Bosnian citizens had again been left in the lurch.

Mustering his typical bravado, the Serb nationalist-secessionist member of the state presidency, Milorad Dodik, even went so far as to threaten a lawsuit against COVAX, the global vaccine distribution mechanism.

But there is no global conspiracy against Bosnia. No one had lied to the country's leaders; the price of the vaccines had not suddenly changed; no one was refusing to take their calls.

The reason for the vaccine shortage was as banal as it was predictable: the drug manufacturers and distributors had asked for clear legal guarantees and documentation from the Bosnian authorities and institutions concerning the shipment and receipt of the medication, which they have asked of every other government on Earth. The Bosnian authorities were unable or unwilling to provide such documents; consequently, no vaccines were dispatched.

As absurd and infuriating as this situation is, it is crucial...