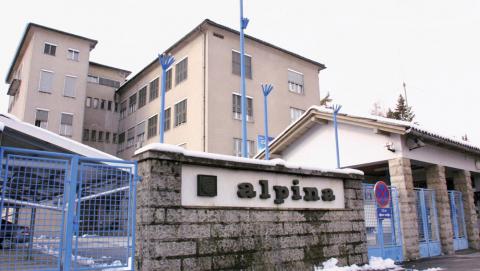 Žiri – Alpina, a footwear maker best known for ski and hiking boots, plans to reduce its headcount by more than a tenth at its main production location in Žiri after a dismal year marked by store closures and the long shutdown of ski slopes around Europe.

Maja Remic, Alpina’s director of marketing and retail sales, told the STA 18 workers would be made redundant and 20 would either retire or await retirement on the dole.

Remic said the coronavirus epidemic has had a significant negative impact on operations, including the company’s chain of retail stores in the region.

The four-month closure of stores in Slovenia, and two-month closures in Croatia and Bosnia-Herzegovina, led to a decline in sales of its fashion line of shoes.

Lower demand for ski boots, a result of the closure of ski resorts, depressed demand for this segment of Alpina product portfolio.

Aside from layoffs, Alpina plans to shut down unprofitable stores and improve its online game.

The company is in majority ownership of the Bank Assets Management Company (BAMC) and has been undergoing financial restructuring since 2016.

The results for 2020 have not been finalised yet, but it is already clear that the loss will be “bigger than expected,” the company said in a press release.