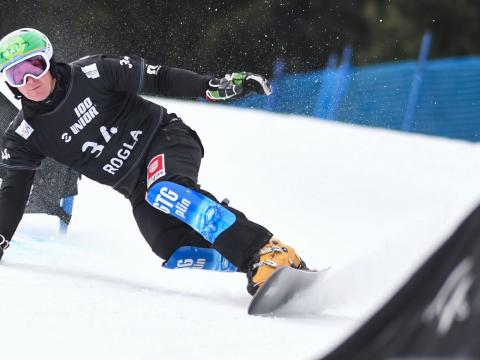 Slovenian competitors did not live up to expectations with only Tim Mastnak, who won silver in Park City, US, in 2019, qualifying for the elimination rounds. Mastnak placed 13th in the end, having been beaten by Swiss Olympic Champion Nevin Galmarini in the round of 16 by a mere 0.17 seconds.

“The Rogla route is not too demanding, the differences are tiny and details play a pivotal role,” Mastnak told RTV Slovenija after the race, adding his best was not enough today.

Another opportunity for medals is today when the championships will wrap up with the parallel slalom discipline.