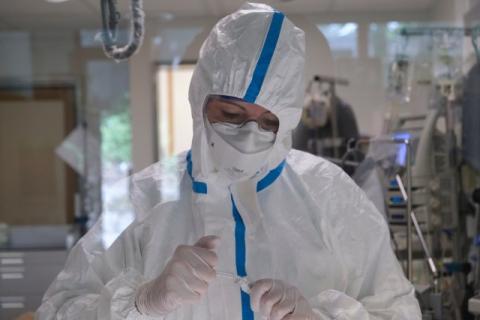 There are 4.301 patients on hospital treatment throughout Serbia, out of which 168 are on respirators.
In the past 24 hours, 16.743 citizens were tested.
Since the outbreak of the coronavirus pandemic in Serbia, a total of 466.885 people have fallen ill, and 4.475 people have died from COVID-19.
The mortality rate is 0.96 percent.
Mass immunization of citizens is being carried out in Serbia. So far, a total of 1.495.674 citizens have been vaccinated, while a total of 592.683 have received both doses.
Just to reiterate, a member of the Crisis Staff, epidemiologist Dr Predrag Kon, pointed out that the state of emergency has no alternative, "otherwise we will burst like a rattle".
Also, Assistant Minister of Health for Inspection Affairs Goran Stamenkovi said that epidemiological measures are most often violated in restaurants and cafes in large cities. He added that a control of the student resort was carried out on Zlatibor, which was emptied because the students had organized a party with over 200 people.
"The younger population makes a lot of mistakes. They are our children, our students and fellow citizens, but they were quite casual, gathered in large numbers," Stamenkovi concluded.