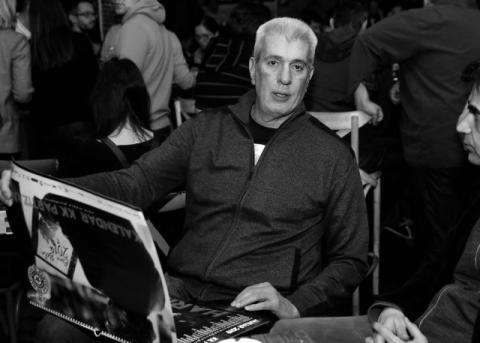 The famous black-and-white basketball player died yesterday at the age of 61 from the consequences of the coronavirus.
The statement of BC Partizan on the occasion of the death of Milenko Savovi reads:
"The legendary captain and sports director of Partizan, Milenko Savovi, passed away today as a result of the COVID-19. Once a phenomenal center, the leader who was known among black and white fans under the nickname "Saint Sava", played for the first team of Partizan for a full 12 years. In addition to the black-and-white team, Savovi played for Granada and Vojvodina before the end of his career, and he also played for the A national team of Yugoslavia at the European Championship in 1983. Savovi also wore the blue national team jersey as a junior in 1979 and a cadre in 1977. "
Also, the statement emphasizes huge contribution that Savovi gave to Partizan and Serbian basketball.
"In the Partizan jersey, Savovi won as many as three European Cups Radivoj Kora, three European Championship titles and two SFRY Cups. Milenko Savovi was the sports director during the famous 1991/92 season, when the black and whites became European champions. Milenko Savovi worked for many years in the company Telekom Srbija, through which he maintained a phenomenal cooperation with his black and white family. With the departure of Milenko Savovi, there is a big gap in the hearts of all basketball fans and especially Partizan fans. Savovi was a symbol of an entire era which all black and white fans remember with a smile on their face", it is stated in the black and white farewell from the legendary basketball player.

On 22nd Anniversary of NATO Bombing of Yugoslavia Russia Issues Warning: It Must Never Be Repeated

Past must be confronted, SAZU says about reconciliation

Janša says SDS will not allow soloing in coalition any longer