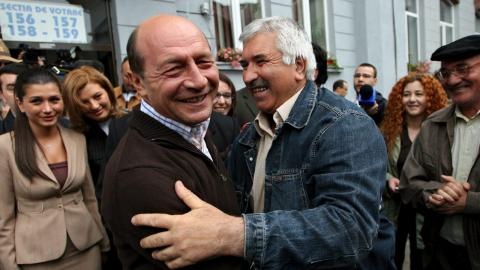 The Romanian Court of Appeal on Tuesday sentenced former President Traian Basescu's daughter, Ioana Basescu, to five years in prison for her involvement in laundering money for her father's electoral campaign.

Former Tourism Minister Elena Udrea, who went on the run for more than a year in Costa Rica before returning to Romania in July 2019, was given an eight-year sentence in the same case.

A businessman and two other politicians were also convicted of collecting and laundering the money.

The verdict is not final and can be appealed.

According to the indictment, the accused collected "sums of money from corruption, embezzlement and tax evasion which were subsequently used to pay for services contracted during the electoral campaign" in 2009, when Basescu won his second and last term in office and Udrea was his de facto campaign chief.

Basescu was the president of Romania between 2004 and 2014. He is now a member of the European Parliament.

A former ship captain with the Romanian merchant navy, Basescu made fighting corruption one of his administration's priorities and was praised by Brussels and Washington for empowering the National Anti-Corruption Directorate, which has now secured the first-instance conviction of his daughter Ioana and former protégée Udrea.