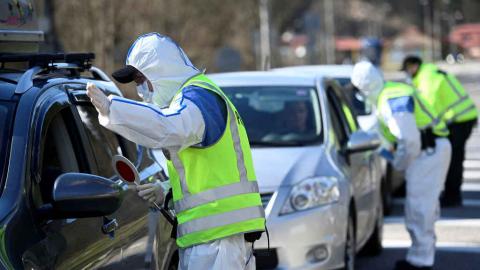 Ljubljana – EU ministers in charge of tourism have agreed it is important to ensure simple and predictable border crossing regimes, as they held a virtual meeting on Monday. This effort will expectedly be made easier with a digital vaccination passport the EU intends to propose later this month.

“Most European destinations depend on incoming tourism, the loss of which domestic tourism cannot offset sufficiently; this is also the case in Slovenia,” Zajc said.

A number of matters remain to be harmonised, as individual countries have different conditions in terms of borders, testing and quarantine. The state secretary said this is not only in the domain of ministers in charge of tourism but above all of interior ministers.

The main goal is to adopt harmonised measures to boost the single market, Zajc said, also quoting Počivalšek as saying it was key first and foremost to restore consumers’ trust in the safety and predictability of cross-border travel and services.

Počivalšek also told his counterparts that vaccination certificates and rapid antigen testing procedures should be coordinated, as well as minimal standards or guidelines to prevent the spread of the coronavirus.

Countries should ensure predictable border crossing regimes and use all tools available, such as recovery, vaccination or testing certificates, to mitigate infection risk, and also to introduce training tools for those working in tourism, Počivalšek said at the meeting.

In the short term, liquidity funds will play a vital role for the sector, the minister said, while broader synergies will be needed for long-term recovery, as well as funds from the EU recovery plan. In the long term, the sector will have to face the challenges of digitalisation and sustainable development, said Počivalšek.

Also today, European Commission President Ursula von der Leyen said that the Commission would prepose this month legislation for a “digital green passport”, an EU-wide digital vaccination passport, which would show that a person has been vaccination, has recovered from Covid-19 or tested negative, if they were yet unable to get vaccinated.