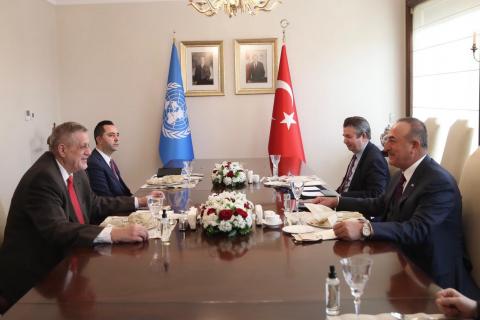 Çavuşoğlu said on Twitter that they discussed recent developments in the intra-Libyan political process and the formation of a new interim government.

"Our support to ensure stability in brotherly Libya will continue," he added.

On Oct. 23, 2020, the U.N. announced a permanent cease-fire agreement between Libya's warring rivals during a meeting of the 5+5 Joint Military Commission in Geneva.

Turkey supports the U.N.-recognized Government of National Accord (GNA) based in the capital Tripoli, as well as a peaceful resolution to Libya's problems.