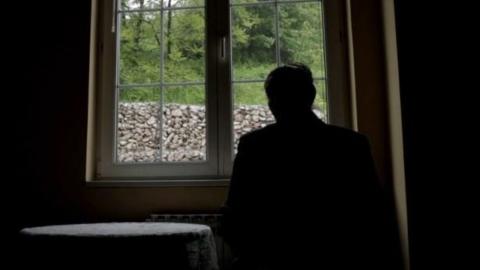 According to estimates by the United Nations, between 20,000 and 50,000 people were raped during the Bosnian war.

Wartime rape victims often keep quiet about their experiences for years in order to avoid being stigmatised or condemned by their families and communities. Tursunovic did not tell anyone about what she suffered for 17 years.

"The timing of a victim's decision to speak out depends on the type and intensity of the trauma, the individual's personal resources, the context of the traumatic experience and the current context in which the person lives," a spokesperson for Vive Zene Tuzla, a rehabilitation centre in the north-eastern city of Tuzla that deals with wartime rape victims, told BIRN.

"There is a fear of rejection, and of condemnation by close family members and the local community. A fear of people not trusting them, a fear that their suffering will be downplayed or denied, and a fear of being labelled, stigmatised and ridiculed," the spokesperson explained.

Research by Medica Zenica, an organisation that offers psycho-social and medical support to female and child victims of wartime and post-war violence, suggests that rape survivors trust such organisations more than state institutions.

"Unfortunately, in family and social settings, people still question whether they are telling the truth about what they experienced and ask how and why they couldn't avoid it, so victims of violence are forced to prove what they went through with documents and other evidence," said Lejla Heremic, a family counsellor at Medica Zenica.

Mirsada Tursunovic was among those who eventually sought psychological counselling and professional help. She has had constant support from her husband and daughters from the moment she first...