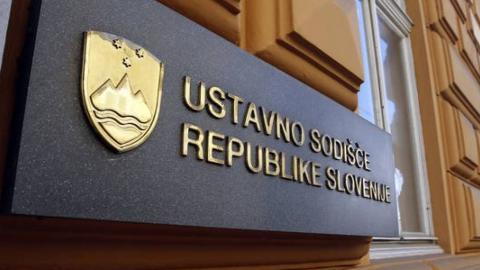 Ljubljana – Two applicants have asked the Constitutional Court for a review of the government decree which imposes a night-time curfew and restricts public gatherings, a motion that is supported by multiple NGOs.

The applicants, who wish to remain anonymous, claim that the government has not based its decisions on expert advice and scientific findings. They say freedom of movement and the right to public assembly may only be restricted based on a stringent test of urgency and proportionality of the measures.

Katarina Bervar Sternad, director of the Legal Information Centre, added that restrictions may be put in place only after a specific review of each individual gathering. “The government has not done that”.

She said it was necessary for the Constitutional Court to weigh in as soon as possible given that a third wave of the epidemic may be on the horizon.

According to Rajgelj, the right to peaceful assembly has been severely restricted for a year. “We believe that the people’s right to express their opinion in public space must be provided not despite the epidemic but because of it.”

Amnesty International Slovenija director Nataša Posel added that the right to protest was protected by international law as individual rights asserted in a collective manner.

The Constitutional Court has been petitioned at least once before in connection with the restrictions: late last year it dismissed an application brought by the jurist Andraž Teršek on a technicality, because the motion did not include a handwritten signature.