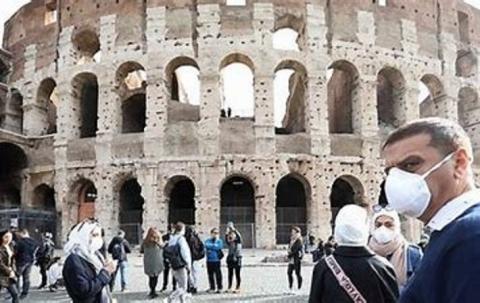 Italy's latest emergency decree, signed by premier Mario Draghi, extends most of the existing covid-19 restrictions and closes all schools in red zones or areas with high infection rates.

Italy has issued a new emergency decree with coronavirus restrictions in force from 6 March until 6 April, the day after Easter Monday, amid growing concerns over the spread of highly contagious virus variants.

Details of the latest decree - signed by premier Mario Draghi - were announced by health minister Roberto Speranza and regional affairs minister Maristella Gelmini at Palazzo Chigi on the evening of 2 March.

Draghi's government has retained the current system of tiered restrictions, which classifies regions based on the covid-19 contagion risk level and was introduced under former premier Giuseppe Conte.

The colour-coded system ranges from the highest-risk red zones down to medium-risk orange, moderate-risk yellow, and lowest-risk white.

The most restrictive rules apply in red zones, with bars and restaurants closed, movement severely restricted, and only essential shops open. A key point in the new decree is the closure of all schools - including primary level - in red zones, with in-class lessons to be replaced by distance learning.

The red zone restrictions also include the closure of hairdressers, barbers and beauticians.

In orange zones restaurants and bars are closed except for take-away but shops remain open. People can only leave their towns and cities for work, health or emergency reasons.

In lower-risk yellow zones restaurants and bars can open until 18.00, and shops are open as normal, while only minimal restrictions apply in the lowest-risk white zones.