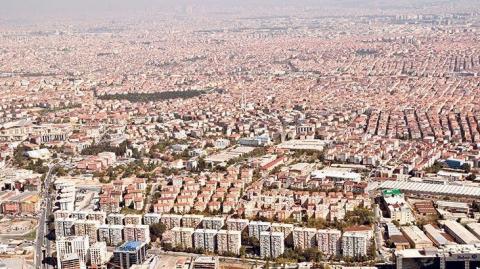 Around 1.5 million buildings in Istanbul need to be rebuilt from the ground up for structural integrity, Environment and Urbanization Minister Murat Kurum said on March 2.

Kurum's remarks came during an interview on Turkish private broadcaster Haber Global, as Turkey's most populated province of Istanbul is under an imminent threat of being hit by a magnitude 7 or higher powerful earthquake.

"There are 5.9 million residences in Istanbul. Around 1.5 million of them are at risk of collapsing while some 300,000 of them are in immediate need of an urban transformation," Kurum noted.

Estimating that four persons live in each apartment, the minister highlighted that "some 1.2 million people are at risk."

He also listed the names of the districts such as Gaziosmanpaşa, Kartal, Kadıköy, Üsküdar, Kağıthane, Ataşehir, Maltepe, Avcılar and Güngören, where the ministry has been conducting special projects for urban renewal.

But he hesitated to name the districts with high earthquake risk, saying, "Giving names would be misleading to our citizens."

When asked about the number of risky buildings across the country, Kurum stated that some 6.7 million buildings should be rebuilt.

Pointing out the Environment and Urbanization Ministry's target for the next five years, Kurum said: "Some 1.5 million out of this 6.7 million houses across the country are at massive risk of collapsing. We will rebuild 300,000 buildings annually in the next five years."