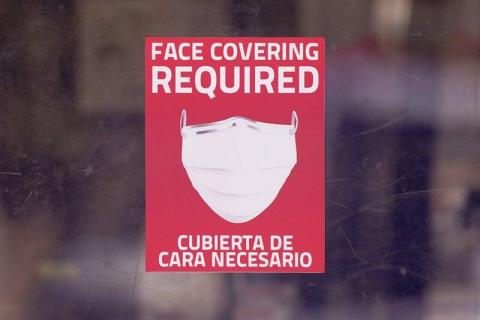 Texas is lifting its mask mandate, Gov. Greg Abbott said on March 2, making it the largest state to no longer require one of the most effective ways to slow the spread of the coronavirus.

The announcement in Texas, where the virus has killed more than 43,000 people, rattled doctors and big city leaders who said they are now bracing for another deadly resurgence. One hospital executive in Houston said he told his staff they would need more personnel and ventilators.

Federal health officials this week urgently warned states to not let their guard down, warning that the pandemic is far from over.

Abbott, a Republican, has faced sustained criticism from his party in America's biggest red state over the statewide mask mandate, which was imposed eight months ago, as well as business occupancy limits that Texas will also scuttle next week. The mask order was only ever lightly enforced, even during the worst outbreaks of the pandemic.

"Removing statewide mandates does not end personal responsibility," said Abbott, speaking from the crowded dining room of a restaurant in Lubbock, surrounded by several people not wearing masks.

"It's just that now state mandates are no longer needed," he said.

The full impact of Texas' reversal was still coming into focus. Target, one of the nation's biggest retailers, said it would continue requiring customers to wear masks in Texas. Mark Cuban, owner of the NBA's Dallas Mavericks, said he had no immediate plans to change the limits on fans at the American Airlines Center, where the biggest crowd so far this season was about 3,000 spectators.

Restaurant owners began confronting whether they, too, would relax COVID-19 safeguards in their dining rooms...