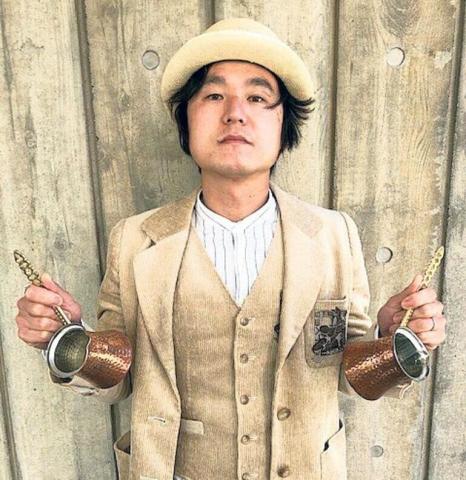 Turkish coffee made in copper pots on a coal fire by Masanori Koyama, the manager of the cafe, which was transformed from a minibus and decorated with Turkish motifs, draws both local and international attention.

Speaking to daily Milliyet, Koyama said that he visited Turkey nine years ago for the first time and became an admirer of the Turkish and Islam culture.

"For the Japanese, the Islamic world and Middle Eastern culture are truly exotic. If you set foot in Turkey, you will really like it," he said.

Traveling through Istanbul and the northwestern province of Edirne during his second visit, Koyama learned how to make Turkish coffee and later opened his own coffee shop in Tokyo three years ago.

Explaining that Japanese people show great interest in Turkish coffee, Koyama said he believes that Turkish coffee will also become a part of the lifestyle of residents of Tokyo.

"I started this business because I wanted a new experience, and I'm still in the middle of an experiment," he said.

Turkish coffee, which was accepted by UNESCO as a cultural heritage last year, stands out with its unique style of cooking...