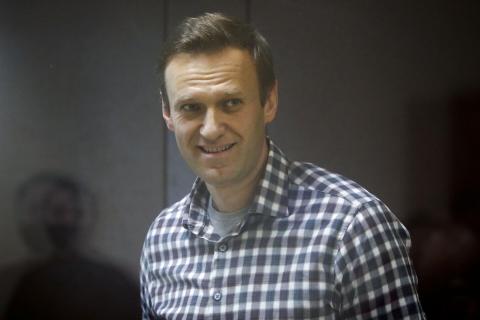 The United States on March 2 imposed sanctions on senior Russian officials in a coordinated action with the European Union as U.S. intelligence concluded that Moscow orchestrated the near fatal poisoning of jailed Kremlin critic Alexei Navalny.

In his first major action against Russia since taking office, President Joe Biden's administration said it was freezing any U.S. assets and criminalizing transactions with seven senior Russians including the director of the FSB security service.

U.S. intelligence assessed "with high confidence" that officers of the FSB, successor to the KGB, poisoned Navalny with the nerve agent Novichok on August 20, 2020, a U.S. official told reporters.

Navalny was flown to Germany for treatment but defiantly returned in January, only to be arrested and then sent to a penal colony after spurring massive rallies through his allegations of corruption by Putin.

"The U.S. government has exercised its authorities to send a clear signal that Russia's use of chemical weapons and abuse of human rights have severe consequences," Secretary of State Antony Blinken said in a statement.

"We reiterate our call for the Russian government to immediately and unconditionally release Mr. Navalny," he said.

The announcement comes one day after EU member states approved a fresh round of sanctions over treatment of Navalny. The bloc had already in October targeted the FSB chief, Alexander Bortnikov, among others on the U.S. list.

Officials newly targeted on March 2 by both the United States and European Union included Alexander Kalashnikov, the administrator of Russia's prisons.

The U.S. Commerce Department said it was also blacklisting 14 companies or entities for export controls out of fear they could...