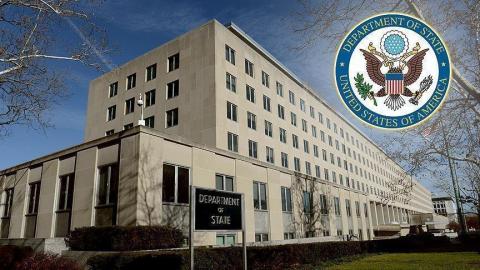 The U.S. said on March 2 that it will continue to work with Turkey to achieve common interests in Syria.

Responding to a question from Anadolu Agency on whether the Biden administration will cooperate with Turkey on Idlib and the humanitarian situation there, State Department Spokesman Ned Price said Washington "certainly" has common interests with its Turkish partners.

Syria has been ravaged by a civil war since early 2011, when the Bashar al-Assad regime cracked down on pro-democracy protesters.

Hundreds of thousands of people have been killed and more than 10 million displaced, according to U.N. estimates.

Idlib falls within a de-escalation zone forged under an agreement between Turkey and Russia.

The area has been the subject of multiple cease-fire understandings which have frequently been violated by the Assad regime and its allies.

On Monday, Price issued a statement remembering the 33 Turkish troops killed last year in an airstrike by Syrian regime forces and said the U.S. stands with its NATO ally Turkey.