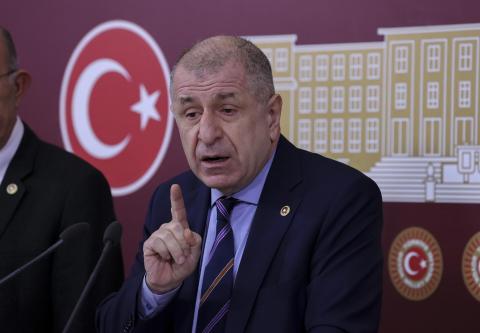 "I know Meral Akşener has no courage to expel me again from the party. It's impossible for me to stay in the same party with those who are sitting around the same table with the HDP and standing against the closure of the HDP. As a founding member of the İYİ Party with Meral Akşener, I resign from the İYİ Party," Özdağ told reporters at a press conference he held at the parliament on March 4.

Meanwhile, in a round of questions, Akşener wished Özdağ the best of luck in his political career without further evaluating his resignation.

"It's our people who will evaluate everybody. I wish him success in life," she said.

Özdağ was expelled from the party in November 2020 over a disciplinary procedure launched after he accused the party's Istanbul Provincial Chair Buğra Kavuncu of links to FETÖ, a terror organization blamed for the July 2016 coup attempt. He later returned to the party after a court decision annulled the İYİ Party's disciplinary action.

Özdağ was once Akşener's closest ally when the latter was trying to establish the İYİ Party after her expulsion from the Nationalist Movement Party (MHP). He entered the parliament as an Istanbul deputy in June 2018 polls.

Özdağ harshly slammed Akşener for selling the honor of the İYİ Party through its cooperation with the CHP under the Nation Alliance and indirect partnership with the HDP.