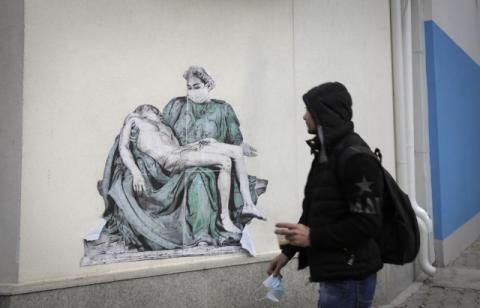 Russia previously offered the European Union 100 million doses of its vaccine against COVID-19, but received a cold shower from Brussels, from where the company presenting "Sputnik V" was told that their vaccine is not in the European Union's coronavirus strategy.
However, the EU eventually succumbed.
More and more of its members have openly started advocating for the procurement of the Russian vaccine, even outside the EU protocol, that is, outside the European Medicines Agency and the EC. Slovakia, the Czech Republic, Croatia... while Hungary immediately bypassed all protocols and procured both Russian and Chinese vaccines for its citizens. Their prime minister explained it with the words - look at Serbia, and they use Russian and Chinese and vaccinate the fastest in Europe.
The problem of the EU arose at the moment when AstraZeneca announced that it would not be able to honor the agreement and deliver the agreed amount of vaccines to the members of the Union. So, as many have estimated, the EU's frequent plan to distribute vaccines evenly to all has failed, and the huge Brussels administration has only continued to bury itself in procedures with AstraZeneca.
But the EU is in trouble again. And again because of AstraZeneca, from where it was said that the other contingent of vaccines will be late.
Then Russia came on the scene and offered EU leaders to give them 100 million doses of vaccines, but it was then flatly rejected. It has now become clear to the Union that there is no more waiting because country by country is reporting a large increase in the number of hospitalized and newly infected.
Hospitals are crowded, the population is running out of common sense, so the steel Angela Merkel had to give up the strict measures...