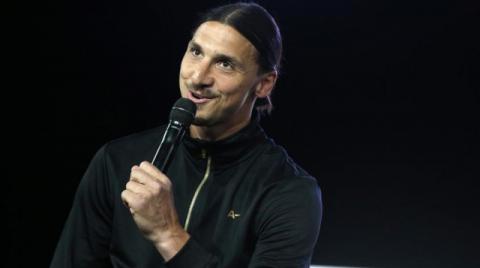 Zlatan Ibrahimovic is facing an action-packed week. The AC Milan forward will have his schedule altered in order to participate at San Remo festival, which will interfere with his training timetable.

Milan faced Roma last Sunday winning for the first win since February 7, having lost to Inter and Spezia in Serie A and drawn twice with Red Star Belgrade in the Europa League.

After, Ibrahimovic is having unusual week's work. After working at Milanello on Monday with his teammates, the forward trained alone in San Remo on Tuesday and will do so on Friday, and Saturday, where he'll be accompanied by a coach and physiotherapist from the club.

The Swede will have to return to Milan by car on Wednesday.

He'll train at Milanello again on Thursday before returning to San Remo for the final stretch of the festival, and will then fly to Verona early on Sunday for the away game against Hellas Verona in the afternoon.

In total, Ibrahimovic will travel 1,162 kilometres going back and forth between Milan and San Remo, as well as taking a flight to Verona as well.

His San Remo duties will have him in action on Tuesday, Thursday, Friday, and Saturday, while he'll be playing on Wednesday and Sunday.

Stefano Pioli has no issues with his striker's commitments, remaining confident that he is able to handle the atypical schedule.

"He'll miss some sessions but he'll be with us for the games," Pioli said. "If anyone can handle it, it's him."