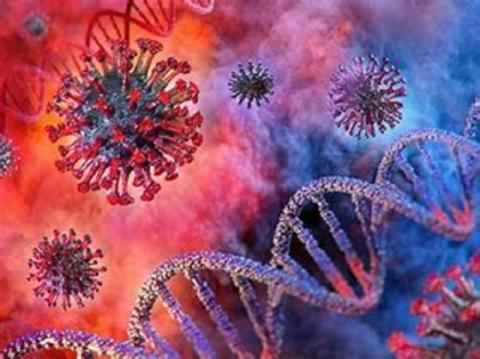 Chris Murray, a University of Washington disease expert whose projections on COVID-19 infections and deaths are closely followed worldwide, is changing his assumptions about the course of the pandemic

Murray had until recently been hopeful that the discovery of several effective vaccines could help countries achieve herd immunity, or nearly eliminate transmission through a combination of inoculation and previous infection. But in the last month, data from a vaccine trial in South Africa showed not only that a rapidly-spreading coronavirus variant could dampen the effect of the vaccine, it could also evade natural immunity in people who had been previously infected.

"I couldn't sleep" after seeing the data, Murray, director of the Seattle-based Institute for Health Metrics and Evaluation, told Reuters. "When will it end?" he asked himself, referring to the pandemic. He is currently updating his model to account for variants' ability to escape natural immunity and expects to provide new projections as early as this week.

A new consensus is emerging among scientists, according to Reuters interviews with 18 specialists who closely track the pandemic or are working to curb its impact. Many described how the breakthrough late last year of two vaccines with around 95% efficacy against COVID-19 had initially sparked hope that the virus could be largely contained, similar to the way measles has been.

But, they say, data in recent weeks on new variants from South Africa and Brazil has undercut that optimism. They now believe that SARS-CoV-2 will not only remain with us as an endemic virus, continuing to circulate in communities, but will likely cause a significant burden of illness and death for years to come.