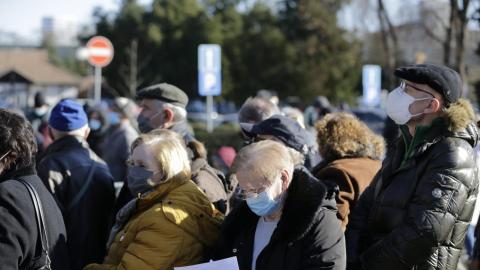 With the departure of Hashim Thaci, Kosovo's former president, to The Hague in November 2020 to face war crimes charges, and Vetevendosje's victory in early parliamentary elections in February, one might think that things will never be the same. It seems that we are putting the years of stagnation behind us and moving forward.

While we need change to prosper, not every change ends how people might want.

There is a striking case in the history of the Republic of Florence. After centuries of the Medici family in power, people wanted someone in charge who was not a corrupt, wily politician. They chose Girolamo Savonarola, the Dominican friar known for his hellfire preaching, draconian rules and his plan to transform Florence into 'the city of God'.

Savonarola quickly became unpopular; his endeavors failed miserably, with the people rebelling and blaming him for their woes. Savonarola did not rule for long. After a year, he was hanged and burned at the stake. The Medici rule was swiftly restored.

The situation in Montenegro today is grimmer than it looked six months ago. An inward-looking government, consumed by an internal power struggle between ideologically irreconcilable coalition members, staggers from one mistake to another. This has opened the space for political actors and groups who promote the 'Serbian world' agenda, nationalism or xenophobic narratives.

It is no surprise that the Democratic Front, DF, is gaining ground and looking stronger than ever. After the upcoming municipal elections in Niksic, Montenegro's...