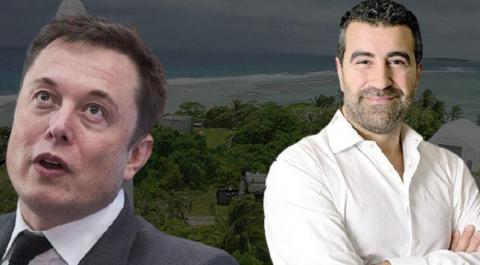 "We were left alone on an island. He [Elon Musk] made us work like slaves," Bülent Altan said in a book called "Lift-off," describing his early days in the company.

Altan, who worked at the construction of a launching pad and the Falcon-1 rocket on the tiny Omelek Island in the Pacific Ocean at the beginning of the 2000s, noted that Musk forced the engineers "for success."

"In our first year on the island, there was a big problem with logistics. We faced delayed food deliveries to the island," he said.

According to the Turkish engineer, in the fall of 2005, workers on the island "stood up and started a strike."

"We all sat on the shore of the island like wild animals waiting for their prey," he stated.

"After a while, a plane, which could not land on the island, dropped frozen chicken wings and cigarettes, and we ran to collect them all," he added.

The first test of Falcon-1 was unsuccessful; the rocket burst into flames and fell on the ocean, as said in the book written by Eric Berger.

In the second test in March 2007, the rocket reached space.

According to Altan, workers on the island received a rich cuisine full of good food and drinks only after the third test.

Meanwhile, SpaceX's futuristic Starship exploded on a landing pad after a touchdown in Cape Canaveral, Florida, on March 3.

The Mars ship looked like it aced a touchdown but then exploded on a landing pad with so much force that it hurled into the air.

The failure occurred just minutes after SpaceX declared its success....