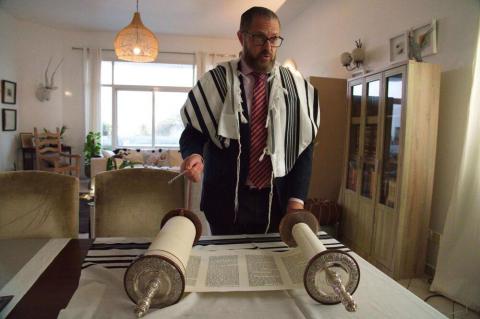 Half a year after the United Arab Emirates and Bahrain established diplomatic relations with Israel, discreet Jewish communities in the Gulf Arab states that once lived in the shadow of the Arab-Israeli conflict are adopting a more public profile.

Kosher food is now available. Jewish holidays are celebrated openly. There is even a fledgling religious court to sort out issues such as marriages and divorces.

"Slowly, slowly, it's improving," said Ebrahim Nonoo, leader of Bahrain's Jewish community, which recently hosted an online celebration of the Purim holiday for Jews in the Gulf Arab region.

Nonoo is among the founders of the Association of Gulf Jewish Communities, a new umbrella group for the tiny Jewish populations in the six Arab monarchies of the Gulf Cooperation Council. Their goal is to win greater acceptance of Jewish life in the region.

"It's just going to take a bit of time to seep through before we see a Jewish restaurant or a kosher restaurant spring up from somewhere," said Nonoo, a former member of Bahrain's parliament.

Even a modest online gathering like the Purim celebration would have been unthinkable a few years ago, when relations with Israel were taboo and Jews kept their identities out of public view for fear of offending their Muslim hosts.

That changed with last year's accords between Israel and the UAE and Bahrain that brought thousands of Israeli tourists and business people to the region and led to a fledgling industry of Jewish weddings and other celebrations aimed at Israeli visitors. Emirati and Bahraini authorities have launched a public relations blitz to cultivate their image as Muslim havens of inclusion and tolerance for Jews, in stark contrast to regional rivals Saudi Arabia and Iran.

Scientists warn of dire effects as Mediterranean heats up