One bid submitted for second section of Divača-Koper track 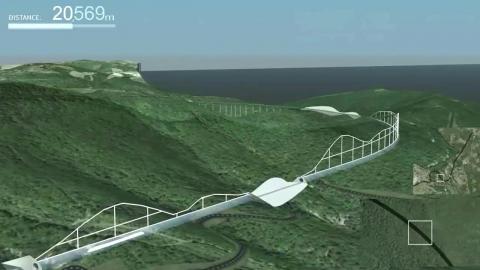 Ljubljana – Only one contractor has submitted a bid for a second part of the planned Koper-Divača rail section, 2TDK, the state-run company managing the project said on Monday. A consortium led by Slovenian Kolektor CPG values the works on the Črni Kal-Koper section at EUR 224.75 million, excluding VAT.

The second section price was capped at 230.7 million, 2TDK noted, adding that it would now review the bid. It believes the process can be completed in a week.

Speaking to the press, 2TDK boss Pavle Hevka expressed surprise that only one bid had been submitted, but also the belief that the consortium is capable of building the section.

Kolektor CPG and its Turkish partners Yapi Merkezi and Özaltin are also the lowest bidders for the first part of the rail track between Divača and Črni Kal.

The consortium’s bid for the first section values the work at EUR 403.6 million and is nearly EUR 60 million lower than the bid submitted by the only other bidder, a consortium of Austrian Strabag, German Ed Züblin and Turkish Gülermak Agir.

Hevka said today that the decision on who is to build the first section is to be announced on Wednesday, after it is confirmed by the company’s supervisory board.

Apart from the two consortia, the Turkish builder Cengiz also pre-qualified for what is one of the the largest construction projects in the country at the moment.

Cengiz has however not submitted a bid for either of the two sections. The company said today that it had not bid for the project because in its experience it is impossible to carry out the work within the budget and timeline set by 2TDK.

However, he expressed confidence that Kolektor CPG is capable of building the second track.

2TDK expects that construction contracts could be signed either in late March or early April and that work could start in May. The project will expectedly be completed by the end of 2025 and Hevka expects trains will be running on it in 2016.

Hevka also expressed the wish for the rail section to get a second track in the future. “Intensive talks with the Infrastructure Ministry and the Infrastructure Directorate are in progress. I can reveal that they are very supportive of changing the legislation and giving 2TDK the power to build a two-track rail.”

He also said that changes to the structure spanning the Glinščica Valley has reflected in “massive savings” of EUR 400,000.

The post One bid submitted for second section of Divača-Koper track appeared first on Slovenia Times.