Vučić: Great news for Serbia, we will get the Sinopharm vaccine factory 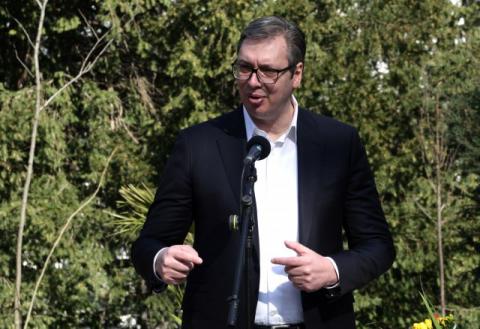 Factory will be built in cooperation with the United Arab Emirates and the Chinese, he added.

"From October 15, we will have large quantities of vaccines for us and the entire region. We will have to give them to the region, at least at the production price," he said, reminding that the production of Russian vaccines in Serbia has also been agreed.
Vui also said that Serbia will be able to produce two or three million vaccines a month.
"I hope Serbia will not bother anyone in that way. I want to believe that people understand that it is for the health of the entire region. Serbia will be drastically and incomparably bigger than today," he explained.