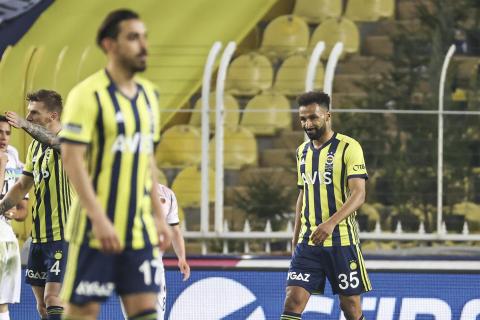 Fenerbahçe on March 14 suffered a shocking 2-1 home defeat to cellar dweller Gençlerbirliği in the Turkish Süper Lig, increasing the pressure on coach Erol Bulut ahead of a crucial game against leader Beşiktaş next weekend.

Fenerbahçe's Czech defender, Filip Novak, broke the deadlock with a header in the 35th minute of the game.

An own goal by Serdar Aziz leveled the score 1-1 in the 40th minute, but Gençlerbirliği's Togolese forward, Floyd Ayite, scored the winner in the 63rd minute.

It was the Ankara club's first league win in 12 games and its first victory against Fenerbahçe in 21 years.

After the loss, Fenerbahçe has 58 points, sitting five points behind Süper Lig leader Beşiktaş, while Gençlerbirliği is still at the bottom of the standings with 24 points.

Fenerbahçe coach Bulut is facing growing fan criticism amid calls for his resignation, as he continued to put the blame on referees.

"Our opponent scored a goal from a counterattack in an offside position," he said after the game.

"For some reason, the [offside] lines in [Video Assistance Referee] VAR have always been against us. If we had been the ones who scored such a goal, I'm sure that it would not have been allowed," he added.

A match against Beşiktaş on March 21 could be Bulut's final game as Fenerbahçe's coach in case of a defeat.

"I don't want to say too much about [the situation of] Turkish football. We see on the pitch and fans see on the screen that most things are not going right. It's hard this way," he said.