40 years later: where are the singers from ABBA today? 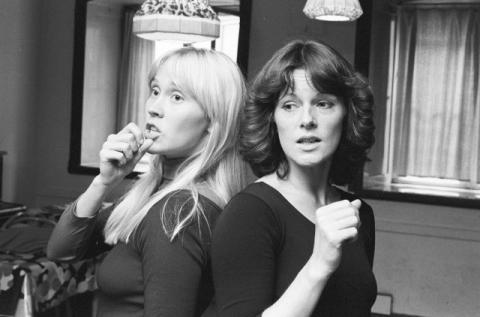 Where is Ani-Frid Lyngstad?
The Swedish group ABBA, was made up of two married couples. Bjrn Ulvaeus, Agnetha Faltskog, Benny Anderson, and Ani-Frid Lyngstad, who became the most popular couples during the 1970s. Bjrn and Benny, the group's musicians and songwriters have collaborated on numerous projects since the breakup. Their wives and singers, Agnetha and Ani-Frid, were the most important part of the band and their voices supplemented each other perfectly.
After the breakup of the group, Ani-Frid briefly continued her singing career and changed her image. "Something's Going On" was the name of her solo album, was produced by Phil Collins in 1982, and two years later she released the "Shine". In 1996, she released an album in Swedish, then switched her career on duets, taking part in some smaller projects until 2005.
Unfortunately, she had a lot of ups and downs in her personal life and family tragedies did not escape her.
After marrying a musician from ABBA, she met Prince Heinrich Ruzzo Reuss of Plauen after moving from Sweden to London in 1986. The couple moved to Switzerland and they lived in his family castle in Freiburg. They married in 1992 and were married until his death in 1999. Today, Ani-Frid is the Countess of Plauen.
The tragedy scarring her for life was the sudden death of her daughter. In 1998, her daughter lost her life due to injuries sustained in a car accident in New York.
Despite the tragedy, Ani-Frid still occasionally appears in public. One of the most popular projects in which she participated was Mamma Mia.
Agnetha Faltskog lives on a secluded farm
After the group broke up, the beautiful blonde did not immediately withdraw from the stage. She released a solo album in 1982, which was only the...