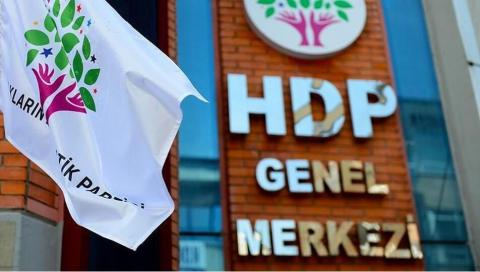 Turkish police detained three top district officials of the opposition Peoples' Democratic Party (HDP) among 35 people in an operation, state media said on March 19, after a court case was opened to close down the HDP.

Police staged simultaneous raids in four districts and among those detained were the two top HDP officials in the Istanbul district of Kağıthane and as well as its Beşiktaş district head, state-run Anadolu Agency said.

Prosecutors in the capital Ankara also sought the detention of 12 people suspected of links with the PKK as part of a probe against the terror group, according to the prosecutor's office in the capital.

The suspects, including former HDP district heads, were thought to be in preparation of a demonstration in the city in line with calls and instructions on websites linked to the terror group, it said.

Ten of them were detained by police teams and the operation is ongoing to detain the remaining.

Anti-terror police in the southern province of Adana launched another operation against the PKK terror group, according to a security source who asked not to be named due to restrictions on speaking to the media.

Eight people who allegedly took part in the terror organization's illegal demonstrations and seven others suspected of spreading terrorist propaganda on social media were arrested with the help of special operations police.

Some organizational documents and digital materials were also seized.

Separately, Turkey's Human Rights Association (İHD) said its chairman, Öztürk Türkdoğan, was detained in a raid by police on his home early on March 19.

The İHD said on Twitter its lawyers were seeking information about his case.