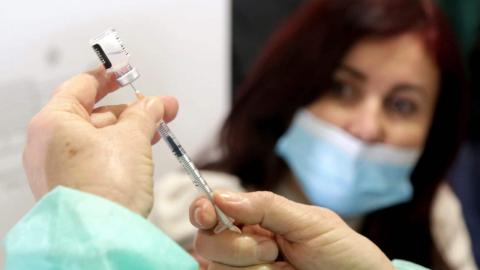 Serbia, champion of the vaccination process in the Balkans, has donated thousands of jabs to its neighbours, including Bosnia and Herzegovina, North Macedonia and Montenegro.

Albania recently started doing the same, helping Kosovo, the only country in the region that did not start its vaccination process at all.

Around 100 media workers from North Macedonia will be vaccinated in Serbia on March 23, the Macedonian Association of Journalists, MAN, has reported.

"In cooperation with the partner Association of Journalists of Serbia, UNS, AstraZeneca vaccines will be provided for 100 media workers through the office of the President of Serbia," it announced on Saturday.

The vaccination centre is scheduled for in the southern Serbian town of Vranje, and MAN will organise bus transportation for Macedonian journalists.

Previously, Serbia's President Aleksandar Vucic on February 14 personally handed over 8,000 vaccines to neighbouring North Macedonia - the first to arrive in the country, allowing authorities there to start a vaccination process with medical workers.

Kosovo is the only Balkan country that did not obtain any vaccines so far, although the authorities announced the first batch would arrive by March 17.

However, 500 medical staff from Kosovo received vaccines for COVID-19 at the weekend over the state border in the northern Albanian town of Kukes.

Albania was supplied with 38,400 doses of AstraZeneca in March and has decided to share some of them with its mainly ethnic Albanian neighbour.

The acting Minister of Health of Kosovo, Armend Zemaj, thanked Albania for vaccinating his country's health staff in a letter.

"Today, on the second day, the vaccination will continue with first-line medical...