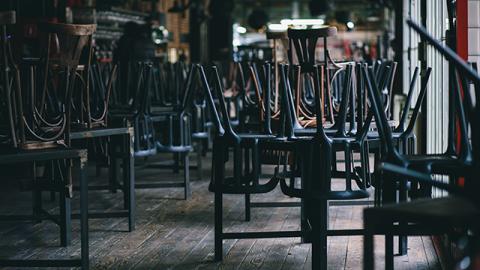 Ljubljana – The Trade Union of Hospitality and Tourism has made another stern appeal to the government to help the sector during the epidemic, including by a reasonable easing of coronavirus restrictions across the country, by increasing subsides for furloughed workers and expanding the use of tourist vouchers beyond accommodation facilities.

“We would like to let you know that we cannot do it anymore! That seven months of non-work and social isolation has been more than enough! That too much damage has already been done to people and the economy,” reads the letter addressed to the prime minister and the ministers of economy, finance and labour on Monday.

Due to such a long closure, many bars and restaurants have closed shop because employers were not eligible for subsidies, with many workers ending up out of a job or hardly making ends meet on the furlough scheme.

The government should thus allow bars and restaurants to serve customers outdoors in the entire country, not just in what are currently three yellow-coded regions.

All workers should get not only 80% of their wages as part of the furlough scheme but 100%, the union says, arguing the majority are facing poverty.

The difference to 100% wage subsidy should be paid retroactively for all furloughed workers for the last three months, from December to February.

Those few workers in the hospitality and tourism sector who do work should meanwhile receive a special crisis allowance of at least EUR 200.

The union says that tourist vouchers should be expanded to other businesses in the sector than just accommodation facilities.

Hospitality establishments should be allowed to sell drinks rather than just food at their take-away points.

The ministers were urged to start easing the restrictions for hospitality and tourism across the country rather than by regions.

The union indicated that, should the government not heed its call, it could resort to protests such as those by taxi drivers and primary and secondary school pupils.

“All the other segments of the economy and the public sector work and as we know, it is there that infections also originate from, while no production facility has been closed. What is more, you do not even talk about these infections in public, whereas the sector that is closed is being suspected of spreading infections.”

A similar call was made by the OZS chamber of small business, which urged the government on Monday not to close small businesses if the epidemiological situation should worsen.

It believes that “services and retail have never been a source of infections, so potentially closing them again in the third wave of the epidemic would make no sense”.